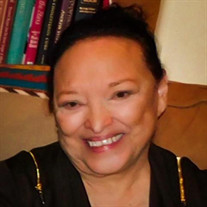 Angela Rosario Miller (Angie), 89, passed away peacefully on Tuesday, February 22, 2022, at Highline Place in Littleton, Colorado. She was born January 21, 1933, in San Antonio, Texas to Roman and Godelva (Salinas) Pedrazine. Angie was a 1951 graduate of San Antonio Vocational Technical High School and a 1955 graduate of the Parkland Hospital School of Nursing, Dallas, Texas. She met Robert Earl Miller (Bob) while at Parkland, where he attended medical school, and they married in Evergreen, Colorado on June 17, 1956.

Bob’s additional medical training and military career took them to Denver, San Francisco, and back to Denver. Angie’s early career as a nurse included positions at Parkland Hospital in Dallas, Colorado General Hospital in Denver, Robert B. Green Hospital in San Antonio, Rose Memorial Hospital in Denver, Methodist Hospital in San Antonio and Kaiser Permanente Hospital in Denver. Her nursing experience was varied and ranged from the emergency room, premature nursery, nurse aide instructor, to the OB/GYN unit. In 1964 she “retired” from nursing for nine years to focus on raising their four children. During this time, she was involved in PTA and held the offices of Secretary and President. Angie was a Cub Scout den mother, a Brownie Scout leader, a school room mother for six years, and a block mother for various charities. Angie was Vice President of the Officers Wives Club of Fitsimmons General Hospital and was the Fitzsimmons Officers Wives Military Wife of the Year in 1972. Angie and Bob moved to Longmont, Colorado in 1972 after Bob’s retirement from the military and his entering private practice. Angie returned to nursing and worked at the Longmont Nursing Home and as a substitute school nurse. In 1975 Angie & Bob moved to Garden City, Kansas where they would live for the next 29 years. Bob practiced general and thoracic surgery. Upon her arrival in Garden City Angie was a nursing aide instructor at St. Catherine Hospital, a substitute school nurse, and an instructor at the Garden City Community College in nurse aide/geriatric aide, and a nurse for the Trinity Home Health Agency. She and Bob started the Jeane B. Corley Hospice after they had helped the namesake, and close friend, in her end-of-life journey. Angie sought out the training required to practice as a Hospice nurse and even studied in London, England. She was also active as a church youth group leader, was the Co-Chairperson of the Garden City American Lung Association, Secretary of the Finney County Committee on Aging, board member of the Kansas State Nurses Association, and President and Community Chairman of the Southwest Kansas Medical Auxiliary.

In 2004, Angie and Bob moved to Windsor, Colorado be closer to their children. Bob passed away in 2018. Angie resided at Highline Place, a memory care community, for the last several years where she was loved and lovingly cared for. At times it seems she considered herself an employee of Highline Place as she “reverted” to “nurse Angie” in the care of other residents.

There will be a viewing at Heflebower Funeral and Cremation Services, 8955 S. Ridgeline Blvd., Ste. 100, Thursday, March 3, 2022, from 4:00 to 7:00 PM. The memorial service for Angie will be held on Friday, March 4, 2022, 1:00 PM at Church of the Transfiguration, 27640 Highway 74, Evergreen, CO, followed by a graveside service at Bear Creek Cemetery, Evergreen, Colorado. There will be a reception at The Ridge at Castle Pines North, 1414 Castle Pines Parkway, Castle Pines, CO, following the services.

The livestream can be found on the day of the service by following this link: www.YouTube.com/channel/UCox6D11i0073zxf8xr441aw/live

Memorials can be mailed to the St. Catherine Hospital Foundation, 401 E. Spruce, Garden City, KS, 67846. Checks should be made payable to SCHDF with Robert E. Miller Scholarship Fund in the memo line.
To order memorial trees or send flowers to the family in memory of Angela Miller, please visit our flower store.