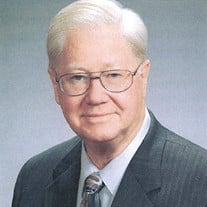 William Howard Parsons, Jr., renowned tax attorney, died at 73. William “Bill” H. Parsons, Jr., an astute business and tax attorney/Director with Ireland Stapleton Pryor and Pascoe, PC in Denver, Colorado, died on August 28, 2019 from complications of infection. He was 73 years old. Bill attended the University of New Mexico receiving a B.A. in 1967 and his J.D. from the University of New Mexico Law School in 1970. He was licensed as an attorney in New Mexico, Texas and Colorado. From 1970-1974, Bill was an attorney for the Office of the Chief Counsel of the Internal Revenue Service in Washington, D.C. Moving into private practice in 1975, Bill practiced law briefly in Dallas with Jenkins and Gilchrist then moved to Colorado where he has practiced law since 1977 with a specialization in transactional, sophisticated federal and state tax planning and audit defense. In the 1990s, Bill performed as the National Chairman of Common Cause for twelve years and for 42 years was on the Board of the Colorado Common Cause. He was a member of Leadership Denver associated with the Denver Chamber of Commerce and was the former Tax Committee Chair of the National Association of Public Pension Plan Attorneys. He is survived by his wife of 30 years, Mev Parsons and his three children, Meredith Parsons, Michael Parsons, and Kristin Parsons, and two stepdaughters, Amy Sreenen and Katie Sova. In addition, Bill is survived by 8 grandchildren as well as his sister, Cindy Parsons and her children. Bill was known for his gregarious personality, shrewd sense of humor, love of sports, knowledge of sports statistics, general appreciation of a great time and donut day at the office. Above all, we will remember him for his gift of storytelling and delivering a spot on joke. At any given time, he would break into a song and story to entertain us all. His work was an immense source of strength and pride. He worked right up until a couple of months prior to his passing. We know his many friends and colleagues through Common Cause and Ireland Stapleton will miss him greatly and he them. In lieu of flowers, donations can be made to: Colorado Common Cause, 1410 Grant Street, #C-106, Denver, CO 80203. Memorial Services will be announced at a later date.

The family of William H. Parsons Jr. created this Life Tributes page to make it easy to share your memories.

Send flowers to the Parsons family.