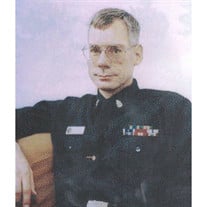 Tobey Byron Brown was born on April 13, 1963 in Maryville, Missouri. He passed away on March 7th, 2014 in Denver, Colorado in the care of his family after combating cancer. He is survived by both his parents, William and Carolyn, and his younger brother Brad.After graduating from high school, Tobey ultimately decided to enlist in the Navy where he enjoyed 10 years of active duty as an Operations Specialist on a number of vessels. He traveled the world, something he loved doing since going to Europe as a young musician with a school group called Jazz Abroad, and he could not get enough of it. He served on the USS LaSalle, USS Bunker Hill, the USS O’Brien and the USS Mobile Bay while sailing around much of the globe.His 22 years in the Navy gave him many opportunities to travel the world even in his capacity as a reservist. He loved that. He counted having gone to 64 countries and even more ports of call with Singapore being his favorite city. Wherever he went, he enjoyed the opportunity to try the local cuisine. Memories of a tour in Naples, Italy brought big smiles as he talked about a favorite restaurant where the proprietor would greet him with a bear hug, call him Tobias, and serve the \\"very best fresh fish he had ever tasted.”After his active duty service, he went back to school in Denver and earned a bachelor’s degree in computer science. He worked in various capacities as a data base administrator for companies such as TIAA CREF but remained active in the Navy through his reserve duties for another 12 years. When he retired, he was a proud Chief Petty Officer.While land locked in Colorado, Tobey lived in Aurora in a townhouse he purchased when he was stationed at Buckley Air Force Base early in his career. He lived there off and on for the past 21 years. He joined the board of the neighborhood HOA and put much energy and thought into this. He also enjoyed volunteering for local political candidates speaking to people in his neighborhood about issues he felt were important. Tobey loved listening to jazz almost every day. He was also an avid fan of the Colorado Rockies and counted watching the Rockies play ball as his favorite summer pastime.Tobey will be missed by his parents, his brother, family friends and many, many loving aunts, uncles and cousins. At his request his ashes will “go to sea.”Celebration of Life - Saturday April 12, 2014 - 11:00 AM to 3:00 PM - Southridge Recreation Center, 4800 McArthur Ranch Road, Highlands Ranch CO 80126.Food and Drink - Please drop in or stay and visit.Please RSVP to Dick or Carolyn at 303-683-0538 or [email protected]

Tobey Byron Brown was born on April 13, 1963 in Maryville, Missouri. He passed away on March 7th, 2014 in Denver, Colorado in the care of his family after combating cancer. He is survived by both his parents, William and Carolyn, and his younger... View Obituary & Service Information

The family of Tobey B. Brown created this Life Tributes page to make it easy to share your memories.

Send flowers to the Brown family.