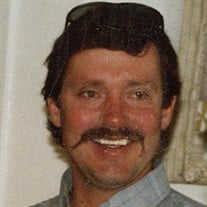 Good Bye. How often have you said that? We of this faith community, recognize this as a contraction of the, “God Be with You:” of old. A farewell blessing. Tom was born on March 4,1953, he would always remind us, he was born on the only day of the year that states a command, “March Forth”. That he did, well. His last day, with family by his side and his dad Harry and brother Dave each holding a hand, was Saturday May 12, 2018. A third generation Coloradan, the second of nine born to Barbara and Harry, Tom attended grade School at St. John’s now Good Shepard, beginning in the second grade when he met John Barry, a friendship that would last to this day. At St. John’s, Tom was an altar boy, he learned calligraphy from the nuns and played baseball with CYO. He graduation from Denver’s Regis High School with honors, started the dirty-sock (art) club and was pitcher for Raiders baseball. Tom and his siblings, Paul, Dave, Grace, Josephine, Amy, Julie, Albert and Treesa, grew up at 745 Steele, climbed and played in every tree on 7th Avenue Parkway, swam at Congress Park and enjoyed wondering the old Cherry Creek North. In his youth he began to work in restaurants here, notably the Hatch Cover located at 2nd and Steele, where that management must have trained half the boys and girls of the neighborhood in niceties of serving great food in a comfortable setting. After attending Mesa College in Grand Junction for a year, Tom returned to Denver where he began working in restaurants, in a lifetime of duties as waiter, cook, bartender and in management. Memorable gigs, Soapy Smiths at 14th and Larimer, Marriott as chef with Fat Cat, Chris Knudson, also a life-long friend, The Punch Bowl 21st and Broadway, and a recent two years in the kitchen of Windsor Gardens’ Restaurant. Tom was employed in catering also, in Denver but also in the highways and byways of the west when engaged by Hollywood or Ad Agencies preparing quality meals, at any hour, for the stars and crews of those making of movies and commercials. As a cook, Tom knew he value of all spices as enhancers of any food. In our family, we paid attention to his great and small offerings, none more than his mashed potato on any feast, as a taste treat, half butter, half potato, half garnishes from his larder. Tom's entire life would be given to the Denver area, excepting a year with a Surveying team, working in New Jersey. A doer and not a talker, Tom was a skilled artist and calligrapher. Restaurants Menus were created, and the daily Special was certain to be displayed attractively on a wall at the entrance. For any family party or special event Tom was certain to have prepared a 3x4 foot cartoon, honoring the individual or gathering. These remain collectibles for his family. A serious alcoholic much of his adult life, once Tom entered AA, never drank again, even at Mass. Even so, all his life, his Bloody Mary recipe, a treat to begin any gathering of this tribe. A good athlete in school, he continued to compete in games throughout his life, in soccer leagues, horseshoe contests, bowling, softball and golf. He was far above average in all these skills. And less we forget, an avid reader of books, often reading three novels in a week. Tom leaves his tribe, his brothers and sisters, all that were by his side throughout his life. Paul Zirkelbach, Dave Zirkelbach, wife Sharon, children, Stetson, Ellen and Nathan. Grace Zirkelbach with husband, Dave Nichols, children, Amanda Podmore, husband Zac, and Milena Nichols. Josephine Zirkelbach, children Geoff Budzius, fiancée Amica Caraballo and daughter Emily Villagrana, husband Jayson, grandchildren, Jordan, Allyson and Justin. Amy Stevens, husband Mike, sons Zack and Jay. Julie Kamrath, wife Anke, children, Anna Roy, husband Josh, son Nicholas, wife Maja, granddaughter Mila, son Christopher, granddaughters, Charly and Riley. Albert Zirkelbach and Treesa Zirkelbach. In farewell, we say the final Good-bye to Thomas, that God be with you. Thomas Joseph Zirkelbach, 65, of Denver, passed away Saturday May 12, 2018 in Denver. Rosary 7:00 PM -Sunday May 20, 2018 at Church of the Good Shepherd, 2626 East 7th Avenue Parkway, Denver CO 80206 Mass -10:00 AM - Monday May 21, 2018 at the church. Memorials in Lieu of flowers suggested to Project Angel Heart or The Denver Hospice.

Good Bye. How often have you said that? We of this faith community, recognize this as a contraction of the, &#8220;God Be with You:&#8221; of old. A farewell blessing. Tom was born on March 4,1953, he would always remind us, he was born on... View Obituary & Service Information

The family of Thomas J. Zirkelbach created this Life Tributes page to make it easy to share your memories.

How often have you said that? We of this faith community,...

Send flowers to the Zirkelbach family.