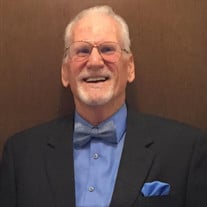 Roy Allen Bundy, age 73, peacefully passed away with his family by his side on November 17, 2021. He was in the VA hospital in Aurora, CO at the time of passing. Al and his twin brother Bob were on born August 30, 1948 in Pueblo, CO to his parents Quentin and Mildred. Al was preceded in death by his parents and son, Aaron Bundy. He is survived by his beloved wife, Lucy G. Bundy. They have been together since 2000 and were married May 30, 2009 in Littleton, CO. His children are Angela, Hannah, Elizabeth, stepson David and family pet Lola. He has eight grandchildren, seven great grandchildren, and five siblings Doug, Charles, Bob, Kay and Sue. He is also an uncle. Al was proud to serve as an Air Cargo Specialist in the United States Air Force during the Vietnam war from 1968 to 1974. He visited the Vietnam Memorial Wall with Lucy in 2017. It was on of his bucket list and it was a very moving experience. Upon leaving the Air Force Al worked as a contractor and was an amazingly talented carpenter. He worked hard all his life. Al had a zest for life, in 2008 he courageously underwent a successful liver transplant. As a result, God gave him more time on this earth to be of service to his fellowman, which he did with a loving heart. He had adventures going camping with his wife Lucy, and fishing with his brother. Al enjoyed dancing, going to gun shows and watching western movies, especially John Wayne and Gun Smoke. He also loved watching The Golden Girls, and Last Man Standing. When he laughed it was contagious, it lit up the room with joy. He was active in his church, Jesus Christ of Latter Day Saints. He was a greeter known as the candyman by children, always passing out candy to all. He touched many lives with his love, kindness and generosity. He was bigger than life with a smile that caught your eye. There will be a Funeral Service for Al on December 7th at 11:00 am at The Church of Jesus Christ of Latter-day Saints (6705 S. Webster St. Littleton, CO 80128) followed by a graveside service at Fort Logan National Cemetery (4400 W. Kenyon Ave. Denver, CO 80236) at 1:15 pm at Staging Area C. In honor of our beloved Al, the family asks in lieu of flowers please smile at a stranger and brighten up someone's day as he did. The world needs more love!

Roy Allen Bundy, age 73, peacefully passed away with his family by his side on November 17, 2021. He was in the VA hospital in Aurora, CO at the time of passing. Al and his twin brother Bob were on born August 30, 1948 in Pueblo, CO to his... View Obituary & Service Information

The family of Roy Allen Bundy created this Life Tributes page to make it easy to share your memories.

Roy Allen Bundy, age 73, peacefully passed away with his family...

Send flowers to the Bundy family.