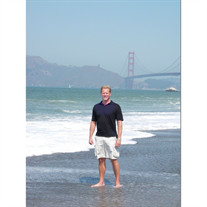 Robert Charles Danish, age 44, passed away unexpectedly of a pulmonary embolism on October 3rd at his home in Lone Tree, Colorado.Robert was born October 20th, 1968 to Charles and Virginia Danish in Slayton, Minnesota. In 1973 he, his parents, and older brother Jeffrey moved to Mankato, Minnesota, where Rob attended school grades K-12 graduating from Mankato West High School in 1987. His undergraduate education was at St. Thomas University and Mankato State University from which he graduated with a business degree after serving 4 years in the United States Navy. Rob moved to Colorado to pursue a master\\'s degree in business at the University of Denver and lived his final 13 years in Colorado working in the field of technology.Rob began his professional career with a technology firm called Decisioneering, one of the early entrants in the development of desktop analytics and decision analysis tools. He was asked to open the first European division and successfully built that business while living in London, England with his family. The next phase of his career was spent with a series of start-up technology companies followed by the 2010 creation of his own company, Danish Media, Inc.Rob was most proud of his service in the United States Navy where he served as a power plant technician for P-3C aircraft with assignments at Brunswick, Maine and Sicily, Spain, Saudia Arabia, and Somalia. Rob was a supporter of the men and women in our Armed Forces and highly respected their service to our country.Rob\\'s passions included spending time with his family and dog, golfing, skiing, playing fantasy football, and enjoying the performing arts. He was a voracious reader of a wide range of books and topics. He loved debating the issues of the day, and he delighted in taking the opposite side of any and all issues.Robert is survived by his former wife and best friend, Kimberly Danish, his beloved children Jacob Niewald, Allison Danish, and Annika Danish; his brother Jeffrey, his parents Charles and Virginia Danish, numerous aunts, uncles, cousins, and other extended family.Robert was preceded in death by grandparents Dellis and Arlene Danish, Pierre and Elsie Landman; and uncles Howard Thomson and Leigh Schimming.There will be a service in Highlands Ranch, Colorado this Friday at the Cherry Hills Communicty Church chapel at 11am followed by a service celebrating Rob\\'s life to be held at the First Presbyterian Church in Mankato, Minnesota on Monday, October 21st at 11am. (funeralpress)

Robert Charles Danish, age 44, passed away unexpectedly of a pulmonary embolism on October 3rd at his home in Lone Tree, Colorado.Robert was born October 20th, 1968 to Charles and Virginia Danish in Slayton, Minnesota. In 1973 he, his parents,... View Obituary & Service Information

The family of Robert Charles Danish created this Life Tributes page to make it easy to share your memories.

Robert Charles Danish, age 44, passed away unexpectedly of a...

Send flowers to the Danish family.