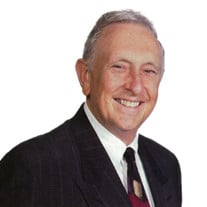 Paul Remington Lewan March 17, 1931 – December 26, 2021 Paul Remington Lewan, age 90, died at his home in Greenwood Village, Colorado, on December 26, 2021. He is now in the presence of the Lord. His family has planned a celebration of life service for Saturday, January 8, 2022, at 10:30 am at Cherry Hills Community Church in Highlands Ranch, Colorado. Paul is survived by his wife Marjorie; his children Kimberly (Abe), Matthew (Korrie), and Jennifer (Mark); his seven grandchildren Ava, Thane, Bolden, Lucy, Felix, Noah, and Yale; and his brother Lloyd. Paul was born March 17, 1931, in Rome, New York. In 1939 his family moved to Plainfield, New Jersey. Active in the boy scouts, he achieved the top rank of Eagle Scout. He developed skills as a musician and was an avid New York Yankees fan. He earned his Bachelor of Science degree in Business Administration from Rutgers University in 1953 and then served a two-year stint in the U.S. Army as a commissioned officer. Paul had four great passions in life: faith, family, business, and baseball. During the summer of 1951, Paul made a real commitment to Christ. A college student at the time, he was working at the Camp of the Woods in Upstate New York. It was there that he heard a clear message on how to make Jesus Christ relevant. He responded with a heartfelt commitment that influenced the following years of his life. His wife Marjorie was truly his love. They first met in the spring of 1965. July of 1970 they exchanged wedding vows. July of 2021 they celebrated 51 years of marriage. A father of three children, Paul was actively involved in their lives and will be remembered by them for his youthful spirit, entrepreneurial drive, and faith in God. Moving to Denver in 1956, Paul began his business career with Marchant Calculators. During his sixteen years with the company, he aspired to branch management positions that took him to Spokane, Portland, and back to Denver. When Marchant closed on a national level in 1972, five of Paul’s Denver salespeople approached him about starting his own company. Intrigued, Paul decided to give it a try. Within days, he bought out Marchant’s Denver inventory and set up an office in the backroom of a warehouse in Lakewood. Lewan & Associates was born. As president and CEO of Lewan & Associates, Paul with his leadership team turned an upstart calculator sales company into a well-respected technology business with branch offices in Colorado, Wyoming, and New Mexico. Paul wanted the best for his customers; and he cared deeply for his employees, touching their lives and hearts through his open door, morning rounds, birthday calls, and anniversary notes. With a passion to make a difference in the world, Paul and Marjorie established the Lewan Family Foundation in 1995. Engaged in various ministry endeavors, Paul and Marjorie were able to further these partnerships at the local, national, and international levels by using their resources to bless others. Stepping back from Lewan in 2000 and into retirement, Paul enjoyed more time traveling with his wife Marjorie, engaging with various ministries through the foundation, cheering on the Colorado Rockies, and spending time with his grandchildren. He continued to call Lewan employees on their birthdays and would stop by their office space to see how they were doing. Paul exuded faith and enthusiasm for his family, company, and community. He will be remembered as a loving husband, a great dad, an involved grandfather, a caring brother, a dear friend, and a respected leader. We are all the better for knowing Paul Remington Lewan. A Celebration of Life will be held at Cherry Hills Dixon Chapel, 3908 Grace Blvd., Highlands Ranch, CO 80126 on Saturday, January 8th at 10:30 am. The service will be live streamed here: http://dixonchapel.cherryhills.com

The family of Paul Remington Lewan created this Life Tributes page to make it easy to share your memories.

Send flowers to the Lewan family.