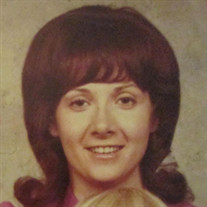 Mary Jean Whitney, age 79, passed away peacefully on March 18, 2021 at her residence at Wind Crest Retirement Community in Highlands Ranch, Colorado and is now home with her Lord and Savior Jesus Christ. Mary was born on July 8, 1941 in Lima, Ohio to Lenora and Virgil Williams. After growing up in Lima with her brothers Ken, Tom and sister Anne, she went to study education at Cedarville University and received a teaching degree from Ohio Northern University. Mary and her fiancé decided they would pursue their education careers in Colorado due to the beauty of the state and a love of skiing. She travelled to Europe in the summer of 1964 and showed her adventurous and free spirit by hitchhiking across the continent with a friend. She travelled to Switzerland and married Lynn Whitney in Lausanne on July 25th, 1964. The newlyweds travelled over 5,000 miles through Germany, Denmark, Sweden and Norway for their month-long honeymoon. They returned to America with a new Mercedes Benz they had travelled with. Mary would travel to Europe many times, including one trip with her two year old daughter Rachelle in 1969. She raised her children to have a love of travel and adventure. Every year she and Lynn would plan a family trip designed to teach their children about the history of their country. She was an avid cyclist in her younger years, riding all over America with her husband Lynn. She completed the Ride the Rockies in Colorado and rode up all high mountain passes in the San Juan Mountains including Red Mountain Pass, a feat that amazed her grandchildren who have only experienced the steep and narrow road in a car. Mary treasured her many years as a stay-at-home mom and loved being a Room Mother and going on field trips. In her professional life, she worked as a teacher and a tutor program coordinator for Littleton Public Schools, helping ensure students thrived and succeeded in school. She was a woman of strong Christian faith and a long time member of Cherry Hills Community Church, attending church there since its founding in 1982. She also enjoyed attending many Bible study groups over the years and the Sunday Night Fellowship group at Wind Crest. She was an avid reader, devouring books with a speed that amazed her family members. Mary also enjoyed being involved in American Association of University Women, playing bridge, square dancing, and seeing plays at the theatre. She was beloved by her children and many grandchildren who loved to visit her and knew her as Nana. She was preceded in death by her parents, Lenora and Virgil: her brother Ken Williams and her sister Anne Channell Williams. She is survived by her brother Tom Williams and sister- in-law Mary Williams; her sister-in-law Hannah Williams, her daughter Rachelle Layman and son-in-law Gregor Layman, her son John Whitney and daughter-in-law Sue Kaplan and her grandchildren Jessica Layman, Scott Layman, Christopher Layman, Mariah Whitney and Tara Whitney. Mary’s family will be holding a memorial for her this summer and she will be buried at Fort Logan National Cemetery with Lynn Whitney, her husband who preceded her in death in 2013.

Mary Jean Whitney, age 79, passed away peacefully on March 18, 2021 at her residence at Wind Crest Retirement Community in Highlands Ranch, Colorado and is now home with her Lord and Savior Jesus Christ. Mary was born on July 8, 1941 in Lima,... View Obituary & Service Information

The family of Mary Jean Whitney created this Life Tributes page to make it easy to share your memories.

Send flowers to the Whitney family.