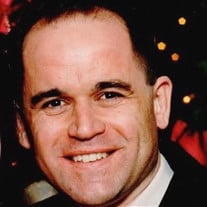 Manfred Wolfgang Jettmar, age 56, of Littleton, Colorado passed away Wednesday May 18, 2022, in Fort Collins, Colorado. He was born April 21, 1966, in Vienna Austria, to Gerhard and Sybille (Bacher) Jettmar. Manfred completed his elementary and high school years in Vienna. He moved from Vienna and lived in several US states before deciding to settle in Denver, Colorado. This is where he attended Metropolitan State University and received a bachelor’s degree in Spanish. Manfred was a very accomplished man; he rarely sat still and was always on the move. One of his passions was windsurfing, in which he won multiple first place regattas around the world from Vienna to Hawaii. Other activities he enjoyed were skiing/snowboarding, swimming, rollerblading, hiking and reading. He was dedicated to whatever he decided to do and he was a true hard worker. He was a certified massage therapist, a certified lifeguard and a tour guide in Miami, FL. Among his many talents was the gift of languages; he spoke his native German, as well as English, French and Spanish. He was an avid tea drinker, a lover of animals and was vegan for over 30 years. He loved to learn, a teacher by nature, and a kind and gentle soul. Manfred was preceded in death by his father Gerhard and his uncle Otmar. He is survived by his mother, Sybille Jettmar; two daughters, Jaimie Jettmar with ex-wife, Patricia; daughter, Skyler Jettmar Schreiner with ex-girlfriend, Samantha; brother, Werner; nephews Leon, Hunter (Shania), Amos; niece, Anika (Albert); ex-mother-in-law, Maria; ex-sister-in-law, Ana (Carl); ex-sister-law, Marianne and several cousins. As the lighthearted, boisterous, and friendly person that he was, we know he would want everyone to remember him as a beam of joy in our hearts and remember to keep that joy with us even in dark times. Manfred’s burial service will be held on May 26th at 1 pm at Seven Stones a Botanical Garden Cemetery in Littleton, CO. Manfred’s Colorado family will be holding a gathering following the burial. Please feel free to stop by and share in the memories and reminiscing.

The family of Manfred W. Jettmar created this Life Tributes page to make it easy to share your memories.

Send flowers to the Jettmar family.