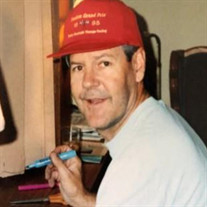 Loren Ellis Snyder was born in La Junta, Colorado on April 2, 1949, to Allen Edward and Norma Caroline (Shenk) Snyder. He passed peacefully on October 14, 2021, at his home in Denver, Colorado. Loren grew up in Cheraw, Colorado. He received a Boettcher Foundation Scholarship to attend Colorado State University where he earned a degree in mechanical engineering. Later, he earned a master’s degree in Business Administration at Stanford University. In college, Loren met Trudy (Hagstrom) Kumpe, his first wife. They settled in Denver and raised two children - Loren (Erik) Snyder and Cara Sterling. In 1990, Loren married Deborah (Howard) Snyder, with whom he was married for almost 30 years. Loren worked as a mechanical engineer until the late 1980s. He then began a career in commercial property investment and development. For over 20 years, he and a business partner invested in, built, and improved over a hundred properties and owned millions of square feet of commercial properties. and hundreds of apartment units. In more recent years, he spent time mentoring small business owners through the Western North Carolina chapter of SCORE. Loren is survived by his children (Erik and Cara), his four grandchildren (Yonatan, Celestine, Eva and Rosalind), his sister (Cheryl), and many cousins, friends and colleagues. He was preceded in death by his parents as well as his younger brother (Jerre). A memorial service will be held at the Mountainview Christian Church at 40 East Highlands Ranch Pkwy, Highlands Ranch, CO 80126 at 9:30am on Saturday, November 6. The memorial will be livestreamed through the Heflebower Funeral Services Facebook page. In lieu of flowers, please consider donating to the Food Bank of the Rockies at https://www.foodbankrockies.org/give/give-funds/ .

Loren Ellis Snyder was born in La Junta, Colorado on April 2, 1949, to Allen Edward and Norma Caroline (Shenk) Snyder. He passed peacefully on October 14, 2021, at his home in Denver, Colorado. Loren grew up in Cheraw, Colorado. He received... View Obituary & Service Information

The family of Loren Ellis Snyder created this Life Tributes page to make it easy to share your memories.

Send flowers to the Snyder family.