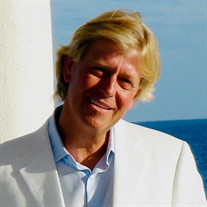 Dr. Laurence Keith Rasmussen, age 70, passed away peacefully on Friday, April 2nd, 2021, at Lutheran Hospice in Wheat Ridge, CO. He was born July 31st, 1950, In Lake City, IA to Enoch and Gena (Madsen) Rasmussen. Larry grew up in Lohrville, IA and graduated high school from Lohrville High School in 1968. He attended Dana College in Blair, NE. After undergraduate, Larry went on to attend medical school at Creighton University in Omaha, NE. Larry met Virgene Ann Rippe while attending Dana College. They married on August 18th, 1973, at St. Pauls Lutheran Church in Auburn, NE. Larry studied math in college, wanting to eventually teach math at a high school or college level; until one of his professors asked if he had ever considered medical school. It was then that Larry developed his love of practicing medicine, and moved to Chariton, Iowa in 1977 to open up his own clinic - Chariton Medical Clinic, where he worked side-by-side with Virgene and their nursing staff. For 25 years, he healed and cared for anyone who walked through his doors. He never turned away the sick; seeing patients at all hours of the day and night, making house calls in the evenings and on weekends, his philosophy was “if they were sick, he was going to fit them in no matter what.” Larry also served his community as the Lucas County Medical Examiner for many years, treated emergencies at the Lucas County Medical Center, and loved visiting his patients at the nursing home. He could also be found on the sidelines of most high school football games, serving as the “Team Doc”. To this day, his former patients say he was the best doctor they’ve ever had, the most compassionate & caring man, with such a revered bedside manner unmatched by anyone. As respected and loved as Larry was in his community, his family was so blessed to have the most incredible Husband, Dad, and Papa. He loved the outdoors, always spending time outside with his wife and children. They grew up camping, biking together, fishing and hiking, then learning to ski as a family with so many ski trips to Colorado before eventually calling Colorado home. There, Larry was always surrounded by his children & seven grandsons, spending his weekends with Virgene going to all of their games & activities. Virgene and Larry cherished their time together, walking nearly 7 miles every single morning rain or shine, actively involved with their church community, and frequenting Broncos & Rockies games together. In their 47 years of marriage, their love for one another was so special. Larry was preceded in death by his parents, Enoch and Gena. He is survived by his wife, Virgene; his children: Alex (Stacey) Rasmussen, Blair (Graig) Sells, Morgan (Tyler) Rasmussen, Stuart (Tori) Rasmussen; his brothers, Paul Rasmussen and Lloyd (Judy) Rasmussen; his sister, Janice Brown; his grandchildren: Brody, Ty, Weston, Knox, Owen, Brooks and Camden. Larry’s family will be holding a Celebration of Life Service at Mission Hills Church in Highlands Ranch, CO on April 20th at 1pm. Live streaming of his service will also be available at https://www.missionhills.org/streaming/ Memorials in Honor of Larry Rasmussen can be sent to: Mission Hills Life Center at https://www.lifecenterlittleton.org/about-us/donate/ or Lucas County Health Center Foundation at https://www.lchcia.com/donate/ or Donations for a Park Bench in his honor can be made by request.

The family of Laurence Rasmussen created this Life Tributes page to make it easy to share your memories.

Send flowers to the Rasmussen family.