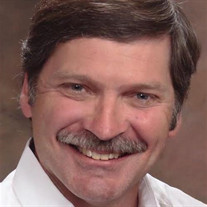 http://www.denverpost.com/2017/12/14/colorado-aid-in-dying-law/ Kurt A. Huschle, age 58 passed away on Sunday, July 16, 2017, at 8:15 p.m. at his residence. A CT scan taken February 2017, found a tragic "Incidental Finding". Stage IV Intrahepatic Cholangiocarcinoma; a rare, silent and aggressive bile duct cancer. This diagnosis was totally unexpected and dire; less than six months. Everyone has been speechless and devastated. Kurt found himself facing hard facts and the end of his life immediately. There was/is no cure, and no hope for more time. He faced his dire and tragic diagnosis bravely with honor, dignity and grace and never felt pity for himself. Born to Arthur J. Huschle and Donna Mae Amelia Drashil. He grew up in Minnesota, lived in Holliston, Massachusetts, and Claremont, California. Attended Claremont High School. Served as a Military Policeman in the U. S. Army 1978-1981. He earned his Bachelor of Science, Mechanical Engineering degree at California Polytechnical University of Pomona, 1986. Kurt met the love of his life, Susan (Green) Remmert, at work in 1988. It was love at first sight for both of them. They married July 10, 1993, in Huntington Beach, California. Kurt and Susan were together a total of 29 years. With Susan came three sons. There were some challenging years for a man who had no experience with children; however, Kurt was a positive role model and helped to raise Susan's two youngest sons into the fine successful men they are today. Kurt and Susan have seven grandchildren whom he dearly loved. Career: Kurt had a long and exciting career in Aerospace having spent time at Honeywell, McDonnell Douglas, Boeing and United Launch Alliance. He held critical roles on multiple programs including HEDI (High Endoatmospheric Defense Inerceptor),Mast Mounted Sight, Night Hawk, Space Station Pressurized Elements, Delta IV Launch Vehicle, and various Top Secret Programs. Some of the items he worked on were optical sighting and laser systems; black boxes. encapsulated modules for astronauts (crew sleeping modules) for Space Station; wiring and integrated truss elements for the trusses on Space station; harness/electrical design and installation of cameras for Delta IV 2nd stage and much, much more. Hobbies: Kurt was mechanically and electrically inclined and gravitated toward fixing anything and everything around the house and automobiles. He saved thousands of dollars by fixing things himself. Kurt loved golfing, hiking, mountain biking, skiing, camping and watching every kind of sports. He also loved history, world religions, politics, and the stock market. When he was interested in something, he took the time to learn about it. He was well-read, intelligent, and down to earth. Kurt had a hilarious sense of humor. His siblings looked forward to letters and cards he wrote for birthdays and holidays knowing, they would be worthy of side-splitting belly laughs. He was loyal, kind-hearted, generous and fair. He had a moral and ethical code, a sense of right and wrong that guided him through life. In Kurt's final weeks he found comfort and strength in the belief that when he died he would be reunited with all those who passed before, his beloved family, friends, pets and one day be reunited with all of us still living. Kurt is survived by his wife, Susan, step-sons James Anderson; Jacob (Tori) Anderson; and R. Tyson (Summer) Remmert. Grandchildren: Trevor Anderson, U.S. Navy; Wyatt Giannotti; Meadow Anderson; Mateo Anderson; Ryder Remmert, Rylie Remmert; Luca Anderson. Kurt is also survived by his mother, Donna Huschle; his four siblings and their families, Kris (Ken) Huschle-Freed; Mark (Susi) Huschle; Sandy Huschle; Joel (Kim Dilbeck) Huschle; and his nephews and niece; Sam and Jake Freed , Adam and Greta Huschle. Kurt has a large extended "Minnesota" family of Aunts, Uncles, Cousins, too many to mention here, that he loved dearly. Before he passed, Kurt told family he hopes they live long and happy lives; and that he also hopes that time passes quickly on the other side so he can see us again. With deep pain and sorrow we say goodbye to our beloved Kurt. We all love you Kurt, our husband, son, father, brother, grandfather, uncle, nephew, friend! Visitation will be Monday July 31, 2017 from 5-8 PM and Tuesday from 10:00 a.m. until service time at the Church of Jesus Christ of Latter Day Saints, Wildcat Ward, 4195 Wildcat Reserve Parkway, Highlands Ranch CO 80126. Funeral: August 1, 2017, viewing at 10:00 a.m.; Funeral 11:30 a.m. at the Church of Jesus Christ of Latte Day Saints, Wildcat Ward, 4195 Wildcat Reserve Parkway, Highlands Ranch, CO 80126 Friends, family, co-workers, neighbors welcome.

The family of Kurt A. Huschle created this Life Tributes page to make it easy to share your memories.

Send flowers to the Huschle family.