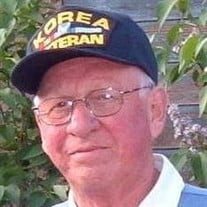 Kenneth Roy Gardner, 85, a resident of Highlands Ranch, Colorado, passed away on Monday January 9, 2017. He was born in Laurium, Michigan on January 26, 1931, eldest son of Nedward and Ethel (Picard) Gardner. He graduated from Calumet High School in 1949. Ken played trumpet with many local area groups during his High School and College years at Northern Michigan University. Ken was a veteran of the U.S. Air Force. He served in the Strategic Air Command for four years during the Korean Conflict. On May 10, 1952, Ken married Joyce Elane Johnson at Ste. Anne’s in Calumet. They moved to the Territory of Alaska while Ken was in the Air Force. After his honorable discharge he returned to college on the GI Bill and graduated with honors from Michigan State University in 1957 with a B.A. degree in Business and Accounting. He was selected by the Phi Kappa Phi, the oldest honor society for all academic disciplines, and Beta Gamma Sigma the international scholastic honor society for business and management. He worked in management positions for Union Carbide in Ohio, Pittsburgh Plate Glass in West Virginia, Commuter Airlines in Iowa, and Honeywell in Minnesota. He retired from Honeywell after 25 years as a Financial Manager in the Computer Division in the Boston, Mass. area. Ken and Joyce lived in Walpole, Mass. for 23 years, and moved to Colorado in 1993 where he worked with his son Dave in Real Estate. Ken was Treasurer of the Corporation. Ken and his wife were family genealogists-historians and traveled throughout the U.S. in this pursuit. They published a series of Family History books and organized family reunions in the Copper Country and Ishpeming locations. Their hearts were always in the Copper Country and an annual trip ‘home’ to the Keweenaw was a high priority. Ken was a member of several Michigan and French-Canadian Genealogical and Historical Societies, a member of the American Legion, post 1260, and a proud member of the KBIC in Baraga. Ken was preceded in death by his wife, his parents, brothers Ronald and Roger Gardner, sister Lenore (Jewett), sister-in-laws Joanne (Juopperi) Gardner and Mary (Thomas) Gardner, and father and mother-in-law Arthur C. & Aili (Erkkila) Johnson, and brother-in-law Arthur Nester Johnson. Surviving is son David (Ellyn) Gardner of Aurora, CO., daughters Dawn Flemings of Tampa, FL., Sheryl Gardner of Foxboro, MA. and grandson Bryan Flemings of Tampa, FL. Also surviving is brother James Gardner of Green River, WY. sister Carol Amos of Clearwater, FL., son-in-law Robert Flemings of McKinney, TX. sister-in-law Betty Gardner of Gwinn, MI. brother-in-law Robert Jewett of Porter Ranch, CA. and many nieces, nephews, cousins and friends.

Kenneth Roy Gardner, 85, a resident of Highlands Ranch, Colorado, passed away on Monday January 9, 2017. He was born in Laurium, Michigan on January 26, 1931, eldest son of Nedward and Ethel (Picard) Gardner. He graduated from Calumet High... View Obituary & Service Information

The family of Kenneth Roy Gardner created this Life Tributes page to make it easy to share your memories.

Send flowers to the Gardner family.