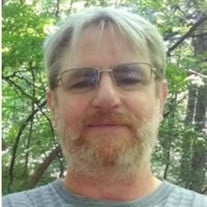 Jon L. Kleve June 29, 1968-March 9, 2020 Jon LeRoy Kleve, 51, of Lincoln, died in a skiing accident March 9, 2020 in Keystone, Colo., his favorite place in the world. He was born on June 29, 1968 to LeRoy and Jeanette (Johnson) Kleve in Central City, Neb. Jon’s favorite thing to do in the whole world was snow skiing. When he was 21, he lived and worked in Summit County, Colo. and was planning to retire there. In high school, he was active in music including Nebraska All-State Choir, school musicals and marching band. He graduated from Central City High School in 1986 and later attended the University of Nebraska-Lincoln. Jon worked in information technology for the State of Nebraska for 20 years. His last position was OST Supervisor for the Office of the CIO. He had a sharp wit and a dry sense of humor. Everything Jon touched, he did with a level of passion. He never stopped dreaming and improving. Jon held a brown belt, and was working toward a black belt, in the Japanese martial art of Aikido. He was a member of Aikido of Nebraska, where he volunteered as an assistant teacher for the youth program. His favorite Aikido quote from Morihei Ueshiba Ō-Sensei was, “Failure is the key to success; each mistake teaches us something.” He was a member of the Cornhusker Ski Club. He enjoyed ski racing with the club and was proud to win bronze badge awards in the NASTAR Racing in 2019 and 2020. He was a past member of the Society of Creative Anachronism, where he specialized in heraldic display and design. A creative problem solver, Jon was a man of many talents. He was accomplished in photography, home remodeling, appliance repair, car mechanics, woodworking, martial arts, ballroom dancing, skiing, sewing, billiards and cooking. Always intellectually curious, he had an encyclopedic knowledge of history, astronomy, physics, cars, movies and more. He was meticulous about everything that was important to him. He loved long walks and playing games with friends and family. His pastimes included restoring a vintage Oldsmobile Cutlass, video gaming, and RPGs. One of his favorite fortune cookie messages was “Do the thing you fear and the death of fear is certain.” He had two wonderful children, whom he loved fiercely. He was blessed with many lifelong friends. Jon is survived by daughter Rachel Ann Kleve and son Jackson Kleve of Lincoln; mother Jeanette Kleve of Central City, Neb.; brother and sister-in-law Randy and Linda Kleve of Aurora, Neb.; nephews Logan and Nate Heflebower, extended family Mike and Tammy Heflebower, and Lee and Betty Heflebower of Denver; stepdaughters Ali Meyerhoeffer of Denver and Lizz Burton of Lincoln; and close companion Linda Stephen of Lincoln. He was preceded in death by his father LeRoy Kleve. Visitation Sunday evening, March 15 from 5 p.m. to 7 p.m. at Butherus, Maser & Love Funeral Home 4040 A Street in Lincoln. A celebration of life will be held at a later date. Online condolences may be offered at BMLFH.com. Memorial donations to the family for future designation.

The family of Jon L. Kleve created this Life Tributes page to make it easy to share your memories.

Send flowers to the Kleve family.