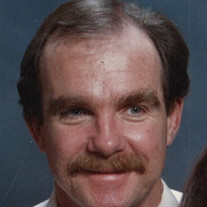 John Joseph McLaughlin, “Jack”, 69, of Colorado, passed away due to end stage COPD complications on April 20, 2016. Born in Livingston, New Jersey on December 24, 1946, to World War II veterans Gloria and Jay, of solid Irish stock, with whom Jack is now resting. Jack is the eldest son of his remaining siblings: Mary Grace, Daniel, Gloria, Maureen, and David. Jack graduated in 1964 from Livingston High School and then majored in Spanish at The Franciscan College of Steubenville. After graduating class of '68 he enlisted in the Army where he served in Washington, D.C. as part of the Old Guard at Arlington Cemetery. In 1976, Jack would move to Colorado seeking adventure and a new path. An avid outdoors man, Jack would always be found with a compass, maps, and a day pack ready to hit a trail. His environmental interests led him to begin a more than 30-year career with the U.S. Environmental Protection Agency where he contributed to securing clean air for the nation. Jack pursued a love of science to receive a Masters in Environmental Science in 1983 from Colorado State University. Jack, an avid traveler, once hitchhiked his way through Mexico alone. Jack has been to every state in the U.S., and Puerto Rico, also once attended the U.S. Forest Service Program; often lecturing about geology, flora, and fauna. On December 6, 1985; Jack married the love of his life, Linda. He loved nothing more than to be in nature, at a ballgame, or philosophizing with friends and family. Jack and Linda were dedicated scout leaders, soccer and baseball coaches. Jack is survived by his wife, his two sons, Michael and John; his nieces and nephews; and the rest of his family and friends, and enters the chapter eternal of the Tau Kappa Epsilon brotherhood. Memorial donations may be given to the SHATTERPROOF.org, a charity working to end the pain and stigma of drug and alcohol abuse/addiction. Please let us know about any donations by writing to: 7451 Bison Pl., Littleton, CO 80125. His Funeral Mass will be held at 11:00 AM Thursday, April 28 at Holy Name Catholic Church, 3290 West Milan Avenue, Englewood, Colorado 80110 Visitation and Rosary will begin Wednesday 4/27 at 5 PM at Heflebower Funeral Services, 8955 S. Ridgeline Blvd. Ste. 100, Highlands Ranch. Rosary at 7 PM. Burial will be at 2:00 PM Thursday, April 28 at Ft. Logan National Cemetery - Staging area A.

The family of John "Jack" J. McLaughlin created this Life Tributes page to make it easy to share your memories.

Send flowers to the McLaughlin family.