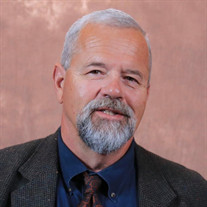 Joe was born in Denver, Colorado and grew up in Littleton with his parents John James ‘JJ’ and Rita Campbell, sister Martha and brother, John. He went to St. Mary’s, All Souls, Euclid and graduated from Littleton High School in 1968. He played baseball, football and wrestled throughout high school and college. Joe went to Western State College in Gunnison, the University of Colorado in Boulder and Arapahoe Community College. Joe, like his father and uncle, spent most of his career in the auto repair service industry. Early in his career he was an autobody repairman and his natural leadership skill-set led him to become the body shop manager at various shops in the Denver metro area for 40 years. Joe was a 40-year member of Calvary Baptist Church of Denver where he was an usher, youth leader, Sunday School teacher, served on many committees and drove the big green church bus picking up Calvary’s elderly members for many years. He was a proud Board Member of the Denver Inner City Parish. He and Nanci have attended Restoration Community Church for six years where they have been Care Team members, Café Hosts, ushers and served communion. Joe was a beloved and committed volunteer who loved serving in any way he could. Joe loved watching and cheering on his sons play baseball, basketball, football and golf from Little League through college baseball and the European Pro League traveling to many states to watch them play. The circle continued watching his grandson and granddaughter playing baseball, basketball and soccer. In his retirement, he became the owner of ‘A Walk in the Park Dog Services’ and became a dog walker, dog sitter, trainer and loved walking around the Rosedale/Harvard Gulch Parks. He could be seen walking daily with five to 10 dogs, walking thousands of miles with his beloved pups over the years. Joe was a caring, enthusiastic lover of life, family, animals (especially the dogs in his pack), neighbors, his church family and the Colorado mountains. He loved playing golf and spending time in the mountains with Nanci and his family. He loved westerns, rock and roll music, movies and history, and sharing his wealth of knowledge during family game nights. He is survived by his loving family: his wife of over 45 and a half years, Nanci Snowden Campbell; his sons John Snowden (Amy) Campbell of Denver and Michael Joseph Campbell of Denver, grandson Grayden (10) and granddaughter Finnley (6); siblings Martha and John Campbell of Denver, mother-in-law Ollia May Snowden, sisters-in-law Tami Snowden of Highlands Ranch, Judy Tait of Parker (brother-in-law Randy), Kathy Snowden of Allen, Texas, nieces and nephews Ali Woods (Aaron), Olivia Dedmon (Josh), Grace Campbell (Michael), Jackson Hebert (Brittany), Daniel Hebert (Bailey) of Texas, Zachary Tait, Denver, Taylor Tait (Megan) of New York City, Tabi Snowden of Highlands Ranch…. and his beloved pup Tucker. Joe’s parents JJ and Rita Campbell, and father-in-law Grayden ‘Tam’ Snowden preceded him in death. All who were lucky enough to know Joe knew a man devoted to his faith, his family, his friends or a stranger in need. Joe’s sense of humor were known far and wide and still have us laughing through the tears of our own loss. In lieu of flowers, memorial gifts in Joe's honor may be given to: The Joe Campbell Harvard Gulch Memorial Bench Fund Denver Dumb Friends League in Joe’s memory The American Diabetes Association in Joe’s memory Plants or Trees for the family to plant in memory

Joe was born in Denver, Colorado and grew up in Littleton with his parents John James &#8216;JJ&#8217; and Rita Campbell, sister Martha and brother, John. He went to St. Mary&#8217;s, All Souls, Euclid and graduated from Littleton High School... View Obituary & Service Information

The family of Joe Campbell created this Life Tributes page to make it easy to share your memories.

Joe was born in Denver, Colorado and grew up in Littleton with...

Send flowers to the Campbell family.