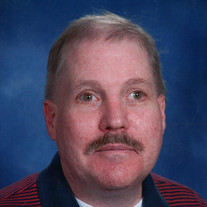 Jeff was born April 11, 1958 in Cleveland, Ohio. When Jeff was about 18 months old he moved with his family to California where he grew up and attended schools. When his mother returned to work, his babysitter was also his Sunday school teacher. While in her care, Jonesy led him to salvation. While in High School, Jeff attended extra credit classes at Rockwell International which led to summer jobs and later fulltime work at Rockwell working on the B-1 bomber. At Edwards Air Force Base he sat in the cockpit while taking measurements for the escape design. When Jeff was starting his third year of college after experiencing severe headaches, he had surgery for a brain tumor at the end of his brain stem. Although it was not malignant, a month of radiation on his head and spine was recommended. Recovery was difficult, but Jeff went on toe attend college and work summer jobs. He graduated from California State University with a Mechanical Engineering degree. However, the stress in the interview process caused seizures preventing him from using his degree. After graduation, Jeff moved with his parents to Portland, Oregon where he worked at Performance Bicycle for several years. After Jeff’s Dad passed away in 2002, they decided in 2004 to move to Denver to be near his sister in Highlands Ranch. He made his home with his mother in Castle Pines where his health declined from using a cane, to a walker, then a wheelchair. His mother was unable to help him with his transfers, so it became necessary to move into an assisted living facility in July of 2015. His health declined up to his passing on February 21, 2019. Jeff attended Castle Pines Community Church and made friends in the small group led by our friend Guy Varland. Guy also met with Jeff at his home. Although struggling with the seizure issues, Jeff still enjoyed many activities. He and his Dad fished many lakes in the Sierra Nevadas in California as well as the Klamath River and salmon fishing in the Columbia river in Oregon. He went rock climbing in the Joshua National Park, camping, sailing, bicycle riding, and a ride in a glider. (His Mother was glad to have learned of that, after the ride.) Survivors include his mother, Marguerite, sister Barbara Begnoche of Highlands Ranch, CO., nephew Danial Begnoche of Aurora, CO., niece Sarah Begnoche of Highlands Ranch, CO. He was preceded by his father, Verne L. Waggett. Private burial at Fort Logan National Cemetery, Denver CO

Jeff was born April 11, 1958 in Cleveland, Ohio. When Jeff was about 18 months old he moved with his family to California where he grew up and attended schools. When his mother returned to work, his babysitter was also his Sunday school teacher.... View Obituary & Service Information

The family of Jeffrey V. Waggett created this Life Tributes page to make it easy to share your memories.

Send flowers to the Waggett family.