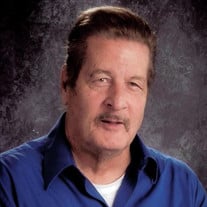 Mr. Gary D. Williams, 71, of Castle Rock, Co, passed away on February 21, 2022. He was born in Van Buren, Arkansas, on May 18, 1950, the 6th of 7 children of Elmer and Daisy Williams. He was a career military man who traveled the world. In Germany, he met his beloved wife of 51 years, Agathe. They raised three children together, Oliver, Tanya, and Tamara, wherever the military sent them. After his retirement from the military, he continued to travel. He loved going on road trips with his wife and grandchildren. He especially enjoyed his father – son trips to Alaska with Oliver. Gary was a proud graduate of Oregon State University and Troy State University. He had a second career teaching for 20 years in Texas and Colorado. Gary is survived by his beloved wife, Agathe, son Oliver’s soulmate Rebecca, daughters Tanya (Dan) and Tamara (Alex), grandchildren Bastian, Robert, Arabel, and Erin, and numerous friends and family. Gary was a great husband, father and friend who would give anyone the shirt off his back. He was a master at trivia, had a quick wit and a great sense of humor. He will be greatly missed. Services will be held at 11AM on February 28th, 2022, at Heflebower Funeral Home, 8955 South Ridgeline Blvd., Suite 100, Highlands Ranch, Colorado 80129. The service will be livestreamed to the Heflebower YouTube page: www.YouTube.com/channel/UCox6D11i0073zxf8xr441aw/live. In lieu of flowers, please make a donation to a local United Way or Boys and Girls Club in his honor.

The family of Gary D. Williams created this Life Tributes page to make it easy to share your memories.

Send flowers to the Williams family.