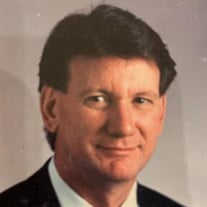 Gary was born August 1, 1951, in Fremont, Nebraska to Betty Lou and Gerald E. Coates. He is survived by: his mother, older brother David Coates of Cedar City, Utah, younger brother Kevin Coates [Renee] of Fremont, Nebraska, as well as Karen, his wife of 33 years, and their five children (Chad McElhiney, Kristine Coates, Todd [Cheri] McElhiney, Shaun [Veronica] Coates and Amanda Coates), 10 grandchildren and 2 great-grandchildren. After graduating high school, Gary attended New Mexico School of Mining and Technology (NM Tech) where he majored in Geology, before starting his career in the oil services for Schlumberger Ltd. He moved into the environmental services industry for a long career with Geraghty and Miller, which eventually became Arcadis NV. He was the Vice President of Business Development before becoming the first Multinational Client Program Director, where he laid the groundwork for the program that helped propel Arcadis into international markets (and is still thriving today). He returned to the US and assumed varying leadership roles that culminated as CEO/COO for Arcadis North America, from where he retired in June 2015. Gary accomplished many things in his life, but he was most proud of marrying Karen and having five children. From a business perspective, he was proud of two big accomplishments – becoming CEO of Arcadis North America and starting the aforementioned global program for the company in the early ‘90s. He truly enjoyed developing people so they could realize their own potential and achieve whatever goal they desired. He had several inspirations in his life: Dr. Christina Balk, one of his professors at New Mexico Tech; Harrie Noy, Chairman of the Board for Arcadis; Steve Blake, CEO prior to Gary and one of his best friends; his dad and his father-in-law, “Cotton” Simmons. His fondest memories were the memories created through the years with loved ones, the birth of his children and watching them grow into fine adults. He loved being in the mountains, traveling, skiing, hunting with his closest friends, motorcycle trips, RV trips, and cooking. Gary lived all over the country and traveled extensively for work in the US and around the globe to places like The Netherlands (Arcadis Global Headquarters), Belgium, France, Great Britain and England, Germany, Brazil, Dubai, Venezuela, among others. After retiring, he and Karen continued traveling together with two of their favorite places being Kauai, Hawaii and Germany. They also enjoyed traveling in their RV. Gary was a true gentleman, a great leader and an amazing mentor to many. He loved his family and was proud of each of them. He will truly be missed.

The family of Gary E. Coates created this Life Tributes page to make it easy to share your memories.

Send flowers to the Coates family.