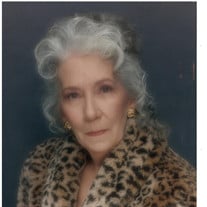 Edna June Doolittle passed away on Sunday, November 8, 2020 in Littleton, Colorado. Edna was born in Robinson, Illinois on June 1, 1930. Her family and friends called her June. Her parents were Herbert and Osa Morris. Edna married Lavearl G. Doolittle on August 11, 1947. They were married for 53 years. Edna has been a widow for 20 years. Edna was preceded in death by her husband Lavearl G. Doolittle, her parents, Herbert and Osa Morris, her brother Robert, her sisters Aileen, Donna and Barbara, her granddaughter Lea Morris and her great grandson Austin Vanderwarf. Edna was a great caregiver to others. She assisted in the care of her elderly mother, Osa, and mother-in-law, Flo. Edna also took into her home, at various times, other family members who needed help. Edna enjoyed sewing and also made beautiful quilts, one for each of her grandchildren. Edna worked mostly as an industrial engineer in time studies and piece work, with Simmons Co., Remington Steel Inc. and Dana Corporation. Edna is survived by her son, Vurlyn Doolittle (spouse, CJ), son, Morris Doolittle, daughter, Connie Vanderwarf (spouse, John), and daughter, Candie Skrivan (spouse, Jeff). Edna is also survived by 7 grandchildren: Jason, Melissa, Jeremy, Brandon, Tina, Benjamin and Nathan, and 19+ great grandchildren/great great grandchildren. We are all blessed for having Edna in our lives!

The family of Edna J. Doolittle created this Life Tributes page to make it easy to share your memories.

Send flowers to the Doolittle family.