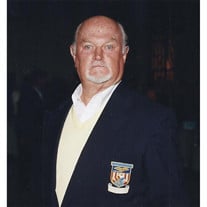 Donald Lawrence Fenner was born on October 21, 1934 in Hartford, CT. He passed away at the age of 79, on Tuesday, September 9, 2014 in Colorado Springs, CO.Don had a love for horses, humor and his family. He is survived by his two sons - Michael Fenner and Stephen Fenner and his daughter Stacy Fenner Nelson. He was a wonderful Grandfather to Britnee Fenner, Bree Fenner, Nicholas Nelson and Blake Nelson.Donald proudly served his country in the U.S. Air Force. He was a highly decorated Senior NCO and received many commendations during his time in the service. Don served during the Vietnam War and was awarded the Bronze Star for saving the lives of several soldiers while under direct enemy fire. He was also awarded the Airmen’s Medal for his heroics while saving the lives of two people by removing them from their burning residence while station in Bangor, ME. In addition, Don was awarded the Meritorious Service Medal, the First Oak Leaf Cluster to the Air Force Commendation Medal, and the Second Oak Leaf Cluster to the Air Force Commendation Medal .A private family service will be conducted. Donations can be made in the name of Donald L. Fenner to the Wounded Warrior Project.Additional biography information:Throughout his military career, Sergeant Fenner has given that extra effort that separates the outstanding individual from the average NCO. A brief review of his outstanding career, points out this dramatically.Upon competition of Basic Training he was selected as one of the ten finalists from over 4,000 personnel for the American Spirit of Honor Medal. In 1955, he was twice selected as Airman of the Month while assigned to Parks AFB, California. Upon assignment to Tachikawa AFB, Japan, he was selected as Airman of the Month three separate occasions. At Laughlin AFB, Texas, he and his family were selected Outstanding Enlisted Family of 1957.At his next assignment, the United States Air Force Academy, this remarkable NCO was Captain of the Base Pistol/Carbine Team, and was selected as NCO of the Quarter for the entire command. He also was selected to the Northwestern University Traffic Institute at the University of Denver. While assigned to Ramstein, Germany, from June 1960 to February 1963, Sergeant Fenner was twice selected as NCO of the Quarter, was selected as Installation Outstanding Airman, won the 86th Air Division Outstanding Airman of the Year for 1962, and was runner up for USAFE Outstanding Airman of the year in 1962. He also placed third overall in the USAFE Pistol/Carbine Championship.This exemplary individual was also selected to the Board of Govenor\\'s at the NCO Club, and was a Distinguished Graduate of the Physical Security Supervisor\\'s Course. At Edwards AFB, California, Sergeant Fenner was in charge of the Security detail for the first public showing of the YF-12A and was NCOIC of the Advance Security Detail for the XB-70.He also attended and was a graduate of the Air Force Systems Command NCO Academy at Kirkland AFB, New Mexico. This versatile NCO was Captain of the winning Pistol/Carbine team for the Air Force Systems Command, and was second in the individual competition. During this time , Sergeant Fenner made valuable use of his off-duty time by attending Los Angeles State College and further enhancing his knowledge of all phases of police work.At Cam Rahn Bay, Republic of Vietnam, Sergeant Fenner was assigned duties as Flight Chief and was responsible for security of the entire base during hours of darkness. His outstanding job performance was recognized by his selection as 12th Tactical Fighter Wing NCO of the year 1966, and subsequent of the Bronze Star Medal. At Dow AFB, Maine, Sergeant Fenner was twice selected NCO of the Quarter for the 397th Bomb Wing and was awarded the Air Force Commendation Medal. He is the recipient of the Airman\\'s Medal (the nation\\'s highest peace time award for heroism) for the voluntary risk of his life in saving the lives of two people, by removing them from their burning residence.Upon assignment to Homestead AFB, Florida, Sergeant Fenner was selected as NCOIC of Project Coronet Pachyderm, a mission in direct support of the United States Secret Service and the Office of Special Investigation for the Republican Convention. For his outstanding performance of duty, he received a letter of favorable communication from the Commander of the 19th Air Force. When this installation changed command, Sergeant Fenner performed the initial physical security survey. The outstanding manner in which this task was completed received numerous favorable comments from higher headquarters.He served not only as a Security Operations NCOIC but later functioned on as the NCOIC of Law Enforcement. His versatility is quite evident. He was awarded the Meritorious Service Medal upon departure from Homestead AFB, Florida.While assigned duties as a member of the Ninth Air Force Inspector General\\'s Team his outstanding and meticulous performance of duty was culminated with the award of the First Oak Leaf Cluster to the Air Force Commendation Medal and assignment to the United States Air Force Academy as a Sergeant Major. His outstanding performance of duty as a Sergeant Major at the United States Air Force Academy is almost legendary. He received the Second Oak Leaf Cluster to the Air Force Commendation Medal for his exemplary performance as Sergeant Major.He was next assigned to Kwang Ju Air Base in January of 1974 as the Security Police Superintendent where he continued to excel. These are but a few of the outstanding accomplishments of a man who had attained the zenith of his career field.

Donald Lawrence Fenner was born on October 21, 1934 in Hartford, CT. He passed away at the age of 79, on Tuesday, September 9, 2014 in Colorado Springs, CO.Don had a love for horses, humor and his family. He is survived by his two sons - Michael... View Obituary & Service Information

The family of Donald L. Fenner created this Life Tributes page to make it easy to share your memories.

Send flowers to the Fenner family.