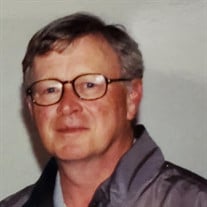 Dennis Michael Kortman, age 76, passed away on February 19, 2022, in hospice care at Swedish Medical Center. Dennis was born in Hays, Kansas on January 23, 1946, and grew up in Colby, Kansas. Dennis graduated with his bachelor’s degree from the University of Kansas, in 1968 and went on to become a successful CPA. He made partner in each public accounting firm where he worked and later for private investment firms. He remained a faithful follower of his Jayhawks Basketball team over the last 50+ years and was proud to be a KU Alumni, “Rock Chalk, Jayhawk, KU”. In the early 1970’s, he met Donna Day while conducting an audit for the company she worked for. In 1973, Donna asked Dennis to attend the Helen Reddy and Mac Davis concert at Red Rocks. He said yes, and they began to date. They were married June 11, 1976 in Las Vegas. They enjoyed attending Bronco and Nuggets games, going out with friends, skiing, playing cards, attending concerts, and golfing. Wanting to expand their family, they adopted Jeffrey Ted in 1982, and Pamela Kay in 1986. The family enjoyed taking trips together to memorable locations such as Disney World (one of Dennis’ favorites), Grand Lake, Wisconsin Dells, Hawaii, and many others. Some of Dennis’ favorite pastimes included fishing, his annual Colby pheasant hunting and poker trips, golfing, watching old movies and tv shows, and spending time with his family. Dennis had a great sense of humor, was kind to all those he met and cared deeply about his family and friends. He will be missed and remembered by all who met him. Dennis was preceded in death by his parents, Max Theodore “Ted” Kortman and June Ruby Chandler Kortman, his cats Otis, Otto, Ralphie, Floyd, Bogey, and many other pets growing up. He is survived by his wife, Donna; son, Jeff; daughter, Pamela; his sisters, Linda Kortman (Schreiber) and Nita Kortman (Cummings); their husbands Dr. Kent Schreiber and Gary Cummings; and nieces, nephews and great nieces and nephew. In lieu of flowers, please consider contributions to Cat Care Society (https://catcaresociety.org/) or to the University of Kansas, Endowment Assn (https://kuendowment.org/Home). Dennis’ services will be held on Wednesday March 9th, 2022, at 11:00am at Littleton United Methodist Church located at 5894 S Datura St. Littleton, CO 80120, followed by a reception at Columbine Country Club located at 17 Fairway Lane Littleton, CO 80123.

Dennis Michael Kortman, age 76, passed away on February 19, 2022, in hospice care at Swedish Medical Center. Dennis was born in Hays, Kansas on January 23, 1946, and grew up in Colby, Kansas. Dennis graduated with his bachelor&#8217;s degree... View Obituary & Service Information

The family of Dennis M. Kortman created this Life Tributes page to make it easy to share your memories.

Send flowers to the Kortman family.