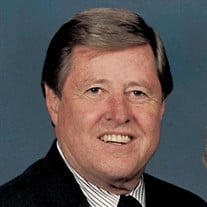 Wes was a native of Denver and grew up in East Denver. Active has a kid playing all sports. His mother insisted he also take piano lessons. He went to Steck Elementary, Grove Junior High and East High School. After graduating from High School in the class of 1950 he moved to Northfield, MN where he attended and graduated from Carleton College in 1954. At Carleton he met his wife to be Ginny. After College, they married and Wes went into the Marine Corp and served 2 years as a 1st Lieutenant. After his required service in the military, they returned to Denver. He began his career in the Property Casualty Insurance Business with Van Schaack Insurance Agency. After many years serving as the Vice President/General Manager at Van Schaack, he started his own Insurance Brokerage, Schoelzel & Associates. He was very successful with his own business. When he wasn’t calling on his customers and potential customer’s he enjoyed serving the Denver Community on many Civic Boards and was active on the Board at their Church. Wes thrived and enjoyed working within the Community and working with other Community Leaders. He served on 27 boards during his career. He loved his family! He and Ginny had two kids, Doug and Anne, and 7 grandchildren. As a family they enjoyed raising their kids and living in the foothills in Mount Vernon Country Club. A great place to raise their two kids. They also enjoyed as a family traveling, hiking, camping, skiing and tennis. Wes retired at an early age but missing the busyness he and Ginny decided to open up an Art Gallery in Cherry Creek, The DeColores Art Gallery. Ginny always enjoyed collecting and painting herself. They enjoyed the Gallery together and had the whole family involved in some aspects of the business. Wes also worked with the Distinctive Properties Real Estate in Cherry Creek. In their leisure time and many travels with their Motorhome they came across a town, Las Cruces, NM. They Fell in love with the Community and moved from Denver to call New Mexico Home for 17 years. Wes was diagnosed with Alzheimer’s in those early years there but continued to work with Ginny as a Team selling Real Estate for a Developer in Las Cruces. He served on only 1 Board in Las Cruces, The Las Cruces Symphony. They also found a Church to become involved in and serve while in Las Cruces. In the Fall of 2017 with concerns of health and being closer to family, they moved back to Denver. Ginny and Wes lived with daughter Anne in Evergreen for a year and then moved to Lincoln Meadows Retirement Community in Parker not far from son Doug in Lone Tree. Wes’s health went downhill fast this Spring, and was surrounded by a wonderful group of caregivers from Brighton Hospice and family. He passed away very peacefully and with no pain. He probably is enjoying being reunited with family and friends in heaven! He will be greatly missed!! Wes is survived by wife, Ginny, son Doug and wife Jessica, daughter Anne, grandchildren Alex, Sophie, Seiva, Emily, Adysn, Averi and Adriana. To view a live streaming of the memorial service please use the following link. The streaming will begin 10-15 minutes prior to the start of the service. https://player.streammonkey.com/604e4f9e431a4

Wes was a native of Denver and grew up in East Denver. Active has a kid playing all sports. His mother insisted he also take piano lessons. He went to Steck Elementary, Grove Junior High and East High School. After graduating from High School... View Obituary & Service Information

The family of Charles Wesley (Wes) Schoelzel created this Life Tributes page to make it easy to share your memories.

Wes was a native of Denver and grew up in East Denver. Active...

Send flowers to the Schoelzel family.