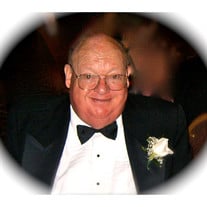 Charles Edward Brady III, 74 died Monday, January 27th at his Highlands Ranch home.A Funeral Mass will be held Wednesday February 5, 2014 at 11:00 AM at Pax Christi Catholic Church, 5761 McArthur Ranch Road, Littleton, CO.Charlie was born in New York, NY on April 29th, 1939 to Charles Edward Brady Jr. and Grace O’Connor. He was raised in Great Neck, Long Island and began spending his summers in Breezy Point, NY as a young child. After summering with his family for years, Charlie and Kathy bought their own year round home in Breezy Point where they lived together for 34 years before moving to Highlands Ranch, Colorado in 1998.He graduated from Great Neck High School in 1958. He then went on to obtain a BS Degree in Economics with a major in Accounting from Villanova University in 1963. He attended St. John’s University Law School, which he decided was not for him.Charlie is survived by his beloved wife of 49 years, Kathleen Brady. His sister, Joan (Joe) Arena, who provided him with many nieces and nephews. He has three daughters Karen (Peter) Zettler, Mary Catherine Brady, and Carol (Thomas) Luby. He has six grandchildren, Christine (Adam) McCormick, Mikayla Luby, Charlie Zettler, Mackenzie Luby, Nick Zettler, and Sarah Luby. Soon to be Great-Grandfather of Amethyst River.Charlie retired as a Corporate Controller from Stafford (USA) in 1998 when he relocated to Colorado. Finding the retired life was not working for him he went back to work as an Enrolled Agent with H & R Block in Highlands Ranch for 14 years. He was on the Board of Directors for the Colorado Society of Enrolled Agents (COSEA). He was a long time member of the Knights of Columbus.Charlie has always had a love of reading and could be counted on to have lively discussions about almost any subject. He was always interested in history and spent many years traveling to historical sites and could provide the most obscure facts. He was a supporter of the Smithsonian and Colorado Historical Society. Charlie could always appreciate a fine bottle of wine, a new liquor or any thing to satisfy his ever present sweet tooth.He always gave generously to Covenant House (www.covenanthouse.org), Marian House of Colorado Springs (ccharitiescc.org/what-we-do/marian-house/) and St. Jude’s Hospital for Children (www.stjude.org) Please feel free to make donations to any of his causes in lieu of flowers.

The family of Charles E. Brady, III created this Life Tributes page to make it easy to share your memories.