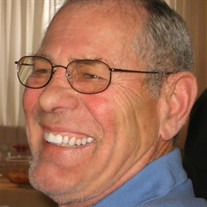 Billy Lee George, 78, of Edgar, NE, residing in Denver, CO, passed away, June 8, 2017 at his home. He was born in Edgar, NE, March 15, 1939, to Ivan Leroy and Edith M.K. (Frandson) George. He was married to Beverly Ann (Kujath) August 30, 1959. and adopted 2 children, Bradley Ivan George, married to Julie George who currently live in FL and Brenda Kay (George) Wallingford, married to Craig W Coleman, who currently live in CO. Bill graduated Edgar High School, Edgar, NE, attended Fairbury (Nebraska) Jr College on a football scholarship, served in the National Guard, honorably discharged as Sergeant in 1967 and was a farmer for most of his life on his family farm. He also worked for several years at the Bellevue School District in Bellevue, NE before retiring. After retirement, Bill returned to Edgar and resumed farming before full retirement and moving to Denver, CO He was proceeded in death by his spouse of 35 years, Beverly, parents, Ivan and Edith, and Grandson Carl Sundburg III. Bill is survived by his sisters, Nadine (George) Miller currently residing with husband, Franklin Miller in AR; Janice (George) Hottovy residing with husband, Larry Hottovy in NE; His children and their spouses; 5 grandchildren and 6 great-grandchildren. Memorial services will be held 11am, June 16th, 2017 at the Edgar Christian Church, 400 6th Street, Edgar, NE. In lieu of flowers, memorials are suggested to your favorite charity in memory of Bill George. He would like that.

The family of Billy Lee George created this Life Tributes page to make it easy to share your memories.

Send flowers to the George family.