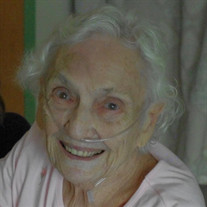 Bettye Jane Street (Tollman) was born January 27, 1927 to Thelma and Stanley Tollman in St Louis, Missouri. She had one brother, Nelson, who preceded her in death. Robert Collignon Street, Bettye’s loving husband of nearly 70 years also preceded her in death in 2014. Bettye is survived by four of her children, David Paul Street (Karen), James Peter Street (Stacey), Susan Lynn Street (John Peters), and Ann Mary Komatz (Stephen). Her son, Michael Robert Street preceded her in death. Bettye has eight grandchildren: Sara Myers (Josh), Michael Street (Sara Whipple), Paul Komatz, (Stephanie Marragos), Cosmo Peters, Nikolai Peters (Emily Stellick), Joseph Komatz, Grace Komatz, and Enzo Peters. She has four great-grandchildren: Charles Myers, John Myers, Georgia Myers, and Izabella Komatz. Bettye graduated from Cleveland High School in St Louis. She also attended Washington University with the help from a scholarship. As a youth she was very active in Job’s Daughters, a Masonic sponsored youth leadership organization. She was always thoughtful and conscientious about how her actions affected others. Bettye was a very loving and generous person. Bettye was a devoted wife and busy homemaker with three boys to raise before she later had two daughters. Much of her attention was freely given to her second son, Michael, who had Down syndrome. Even though Bettye and Bob were advised against it, they raised and cared for Michael at home, right along with the rest of their children his entire life. Together they set a standard of care for a disabled child that was unheard of at the time. Never one to sit idle, Bettye developed many skills, some of necessity and some strictly for pleasure. Sewing, knitting, and crocheting skills were first developed out of necessity. As a young mother in the late 40’s it was necessary for her and Bob to stretch the dollars as far as possible. In her later years Bettye became well known for the hundreds of sets of hats and booties she knitted for premature babies. Eventually she found some leisure time and put her love of the beauty of roses to use in her garden. To Bettye there was nothing to compare to a rose bush from Jackson Perkins. She also took up tole painting, was an avid reader and writer, as well as a collector of antiques, calendar plates, dolls, cut glass, and who knows what else we haven’t found yet? Throughout life Bettye never lost the joy of traveling. Whether it was a Thanksgiving trip to Glenwood Springs or a tour of Europe, Bettye and Bob cherished the time spent traveling together and with their friends. Bettye was able to celebrate being 90 years old both of the last two times she was in Mexico even though one was a bit premature. Bettye left us Saturday morning February 3, 2018 at the age of 91. She died at home surrounded by her extended family. She will be missed terribly. A memorial service is being planned for summertime. The date will be announced once determined. We (I) lost a friend today. She was a beautiful woman in appearance, spirit, and soul. She showed courage and strength in her sorrows and health and was always there for the children, loved ones, and strangers. She was a caring Christian and enjoyed life in her giving. We shall miss Bettye Jane (Ruth). We lost a friend today. What more can I say. -Bettye J

The family of Bettye Jane Street created this Life Tributes page to make it easy to share your memories.

Send flowers to the Street family.