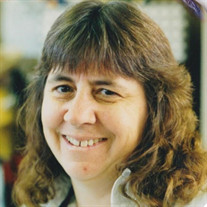 Barbara Ellyn Combs, 69, passed away on August 25th, 2020, in Castle Rock, Colorado. She was born on January 17th, 1951 in Chicago, Illinois. Barbara moved to West Palm Beach and Merritt Island, Florida at six months of age. She grew up there and attended Merritt Island High School from 1965-1967. Barbara went to Lincoln High School in Denver from 1967-1969 and then went on to attend the University of Colorado Denver from 1970-1972. After that, she was a student at Loretta Heights College from 1972-1974. Barbara obtained her master’s degree from the University of Colorado in 1991. Barbara was married to Gary Neil Smith on December 16th, 1974 in Denver. They had two children, Christopher Smith and Gretchen (Smith) Williams. Barbara ran an in-home daycare for nine years and was also a teacher in the Cherry Creek School District for twenty-three years. Many of the hobbies Barbara enjoyed included politics, social justice, reading, motorcycles, advocacy for children, watching and cheering for the Denver Broncos, and was an active member in the Colorado and National Education Associations. She loved going back to Florida as often as she could and would spend a lot of time at the beach. Barbara and Gary took a trip together to Hawaii, and also traveled to Washington D.C., Yellowstone, Nashville, and San Diego. Barbara was preceded in death by her mother, Phyllis Coombs; her father, Jack Coombs; and Gary’s sister/her sister-in-law, Sheri Smith. Survivors include Barbara’s husband, Gary Smith; her son, Chris Smith; her daughter, Gretchen Williams; her grandchildren, Colin and Lauren Williams, and Baileigh and Madalynn Smith; her daughter-in-law, Kimberly Geer-Smith; her son-in-law, Nicholas Williams; and her siblings, Jon Coombs, Phil Coombs, Randy Coombs, and Robyn Mayer. Barbara’s service will be held on Monday, August 31, 2020 at 1:00 pm at Seven Stones in Chatfield – 9365 N. Rampart Range Road, Littleton, Colorado, 80125.

Barbara Ellyn Combs, 69, passed away on August 25th, 2020, in Castle Rock, Colorado. She was born on January 17th, 1951 in Chicago, Illinois. Barbara moved to West Palm Beach and Merritt Island, Florida at six months of age. She grew up there... View Obituary & Service Information

The family of Barbara Ellyn Coombs created this Life Tributes page to make it easy to share your memories.

Send flowers to the Coombs family.